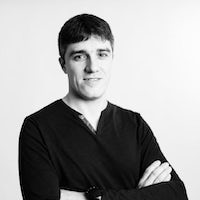 I never thought before about the Docker containers and the results the chown (change the ownership of a file) command can have on the final image. I think the chown should be forbidden (as much as possible) because it will produce bigger images than necessary.

But let's review together how Docker works to understand what I just said.

As you surely know, any Docker image consists of overlapping layers

In the Docker official documentation, you can find

A Docker image is built up from a series of layers. Each layer represents an instruction in the image’s Dockerfile. Each layer except the very last one is read-only. […] Each layer is only a set of differences from the layer before it.

For any instruction contained in your Dockerfile (and in all the FROM images) you will result in an added layer. You can check the status of a specific image just executing the history command on it:

In the output, you can see the list of commands and the disk space consumed by each one. The result should be read bottom-up: the lower layer is the first one.

To manage the files in the multiple layers, Docker is using the copy on write strategy.

Copy-on-write is a strategy of sharing and copying files for maximum efficiency. If a file or directory exists in a lower layer within the image, and another layer (including the writable layer) needs read access to it, it just uses the existing file. The first time another layer needs to modify the file (when building the image or running the container), the file is copied into that layer and modified. This minimizes I/O and the size of each of the subsequent layers. These advantages are explained in more depth below.

So simply, when you need to change a file contained in another layer, Docker copies the file in the layer where you are modifying it, with the result that in your final image the file is present 2 times and is taken 2 times the disk space (one per layer).

What about if you need to delete a file present in another layer? Following what we just see, the file is “hidden” in the final layer because you delete it, but the disk space is taken because the file is still present in the previous layer! So it is “useless” to remove a file.

This is the reason why, for example, the clean all in the following command is useless if your target is to prevent waste of disk space:

This other one instead will produce a single layer with the PHP package installed and with the yum cache correctly cleaned.

What about the chown? It is following the same rules: applying change ownership to a file, for Docker means copy that file in the new layer and change the ownership. Anytime you are using it you are taking more disk space than you need. In the history I pasted before there is the example about the image I was using for this blog:

The first line (reading bottom-top) COPY a folder into the container (1 layer) the second one is changing the ownership of the file (1 layer). Result: 108Mb the copy + 108Mb to chown. I was wasting 108Mb of space because of the chown!!

How to fix it?

To prevent waste of disk space we have always to think how we can reduce the number of layers. Specifically for the chown problem, in the recent versions of Docker, you can add the ownership of the files as a parameter of the COPY command ( — chown=-user-):

which is producing the copy and the ownership in the same command and so in a single layer.

In the end, when you are building images for the production it is important to think of the disk space and to keep in mind that your goal is to reduce the number of layers.

Originally published at blog.mornati.net on November 6, 2017.