New version just released with a new database migration function inside the docker.

In these latests weeks the Ghost team released lot of new versions and it is quite difficult to follow and keep the docker updated.

Anyway you can find the 1.5.0 version on DockerHub.

You can now simply run the following command, which is starting the latest version of the docker and migrate the database.

You have naturally to change:

If all was ok, you should have something like this 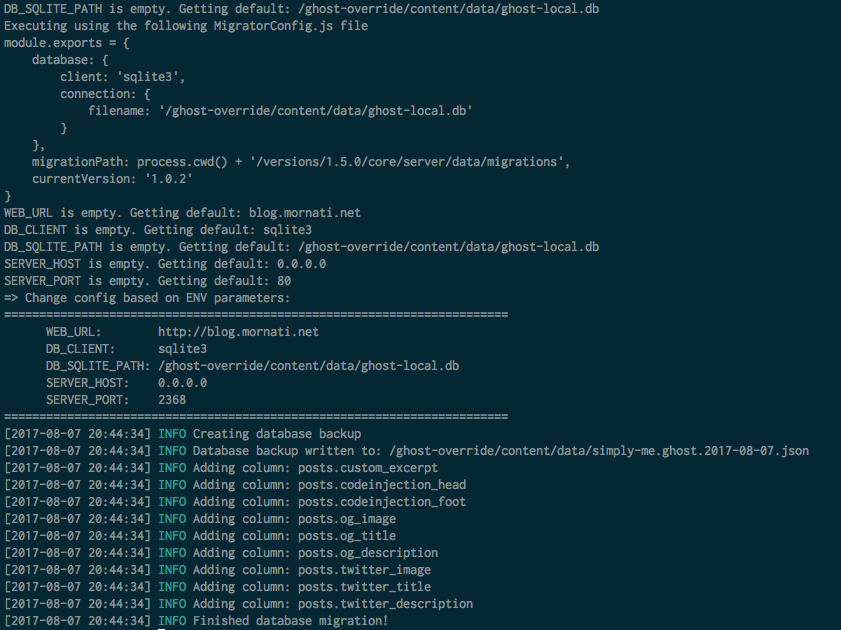 Quite easy, isn't it?